ஸ்ரீவிஜி விஜயலக்ஷ்மி
Strong people don't put others down. They lift them up." Michael P. Watson

What is going on everywhere? (News view)

women has blisters on private parts after hair removal sessions.

39 year old woman ended up having blisters, redness and swelling on her private parts and now has difficulty walking, sleeping and urinating.

"the centre told me they had carried out the treatment many times including models" she said.
she said she paid RM3,500 for two years at the popular hair removal outlet. The initial sessions went well but about five six sessions, a new therapist took over and increased the intensity of the treatment.

'' I felt sharp pain during the treatment but told to applying ice cubes to cure the pain.

now she is in specialist centre to cure, but the results shows she had suffered second degree burns on her private parts and the treatment would cost RM35k - RM55k with no guaranteed chance to recovery.

The centre and the therapist later apologised to her.

Don’t try to innovate storytelling, tell a good story and it is magical. I see people trying to work so much in style, finding different ways to tell the same thing. It’s like fashion. Style is the dress, but the dress does not dictate what is inside the dress. 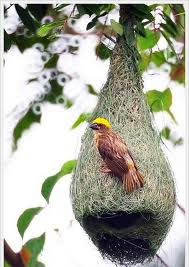